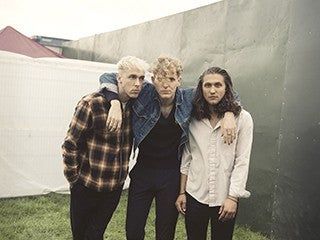 Valley is a 4 piece alternative pop band from Toronto. The 4 friends met by coincidence when they were accidentally double booked at a studio in late 2013. Valley takes pride in writing and self producing their music in their home studio where they have successfully released 1 EP and a debut LP, MAYBE. The band recently supported Lennon Stella on her sold out North American theatre tour and will be supporting The Band Camino through North America this upcoming fall 2019. Valley signed a full recording contract with Universal Music Canada in 2017 and will focus on writing LP2 this summer.Valley formed in 2014 are 5 Friends from Halle, Belgium who decided to make some music together. Their first EP "Life Storms" was released on Facebook on 16th of July 2014. And marks their first steps in their professional music career. A year later their second EP "Eternity is Love..." was released. In March 2017 they will release their debut album "Dark Tears, Bright Smiles" which will be released digitally by Redfield Records, a division of Redfield Records.The third one is from Cary, North Carolina, and is comprised of Max Walukas, Ryan Slagle, Ian MacLellan, Matthew Kotarba, and Christina Haake. In 2007, they put out their debut album, Take Your Time Machine.