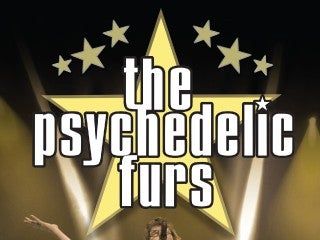 boasts a “very John Cale-sounding” Velvetsy violin. And as the album later slows the tempo, arching the atmosphere across tracks like This’ll Never Be Like Love and Ash Wednesday, he points out that the band have always teased out songs like that – he cites Sister Europe and Imitation Of Christ as examples – as part of the mix. Discussing the spooky Come All Ye Faithful, he acknowledges an unexpected influence in David Essex’s Seventies hit Lamplight. “I’d always loved the creepy feeling of that song...hence the church bells...” Hide The Medicine bears a subtle, sinister rumble of threat, of thunder approaching in the distance.
Talking of Pop Art (weren’t we?), Andy Warhol’s book From A To B And Back Again gets name-checked in Tiny Hands. Delightfully, Richard has not one but two signed copies. One in which Warhol, at young art student and Velvets fan Richard’s request, drew a banana at a London book signing. And another from years later when Warhol invited the band to The Factory in New York. “He was a wonderful host. Very sweet. After that he came down to a couple of shows...”
The band’s peerless permutations of art, aggression and ambience drive the dynamics on Made Of Rain, and it’s always been this originality which has set them apart, a cut above. Back when they started, Punk Rock “helped us realise, all of a sudden, that you didn’t need a lot of fancy equipment: attitude was important. But at the same time we were inspired by Roxy Music, and I still loved Bob Dylan and The Velvet Underground. It wasn’t JUST punk.” Indeed the band, after initial outings as first RKO then The Europeans, chose their name as wilful misfits. “We’d look at the list of gigs and for the most part names were...violent. The Sex Pistols. The Stranglers. So I wanted something that made people go, “What the f*ck are they doing?” And we knew “psychedelic” would do that...”
As they moved to America, where Richard now resides in upstate New York, some were again disorientated, and the band’s later albums were perhaps perceived from a different angle. “Some might have thought we were “traitors””, laughs the singer. “But after the Forever Now tour, I had a girlfriend at the time who lived in New York, and I said to Tim, “Fancy moving over here?” And we did. I guess that changed English people’s perceptions of us. Maybe it’s reflected on Mirror Moves. We’d been lucky on the first two albums with Steve Lillywhite producing – he absolutely didn’t want to dampen down our live sound. He wanted it to sound like one of our gigs, which was everybody fighting for a place to be heard on top of a racket! Then later, as we wanted a change, Todd Rundgren was a good choice for Forever Now. I wanted to do something different, and I’d loved the chugging cellos in Stravinsky’s The Rite Of Spring so we brought that into President Gas. And so then we were in America...”
Yet in another time and any place, the beautiful chaos abides. In recent years the band have played the Royal Festival Hall for the Meltdown Festival at Robert Smith of The Cure’s request and everyone from The Killers to REM to Foo Fighters has sung their praises. Many moons after Pretty In Pink (sort of) inspired that John Hughes movie, Love My Way has featured in Oscar-winning film Call Me By Your Name and The Ghost In You in sci-fi smash

Stranger Things. Psychedelic Furs are sounding stronger than ever. As anyone who’s seen the band lately knows, Butler remains one of the most watchable frontmen in the game: pacing, crouching, theatrical, enigmatic but engaged. Tours are planned, and prestigious live
th
shows this year will include London’s Royal Albert Hall on May 14 . Party time is here again.
“A lot of people tend to look back on their youth as being the most fantastic time, but it really wasn’t: I think my life is just as good now, if not better. There’s a great deal of pleasure to be had in knowing yourself rather than always second-guessing. Knowing your strengths”.
As the closing track on Made Of Rain sighs, “these are the days that we will all remember”. Does this feel like a special time again?
“Oh every minute you’re alive, they’re all great days.” What a glorious feeling. Let it rain.